Aikido - the martial art we love! 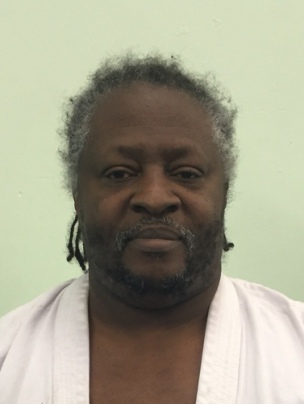 Known for his warm, kind, caring and witty character, he taught Aikido for over 30 years. He touched the lives of countless members who atteneded Scotthall Aikido. His impact on all those who had the honour of knowing him was immeasurable.

"Roshi" believed in teaching all types and styles of Aikido, built on the teachings of Professor Ueshiba and Professor Tomiki.

As a 4th Dan Aikidoka, his training and knowledge was built up over decades. He particularly enjoyed teaching the Koryu's including the Dai Ichi, Dai Ni, Dai San, Dai Go, Dai Roku. He also incorporated other styles of Aikido including elements of self-defence techniques.

"Roshi" was responsible for organising for Aikidoka to compete in Spain, USA, Australia, Japan, Belgium, Switzerland, Russia, Poland & Netherlands. He taught many students, some of whom left and returned years later, a tribute to him and his teaching. 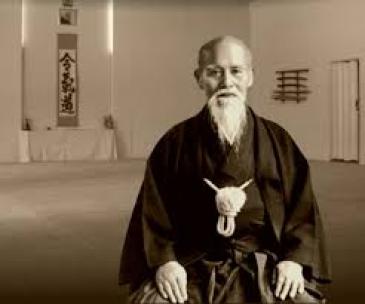 He studied older styles of martial arts, especially Daitoryu Aiki Jujitsu, which specialises in the application of joint techniques.

From his studies, he developed a new philosophy and way of practicing.

In 1931, the Kobukan School was founded.

A new Aikikai (Aiki Association) was established in 1948.

Since then, Aikido has spread throughout the world. 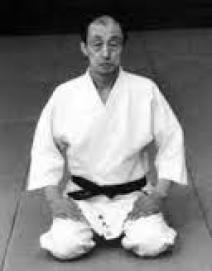 Professor Kenji Tomiki was born in Akita prefecture in 1900. He began to learn judo at the age of 10, and continued to practice the art for the rest of his life. He studied Aikido with Master Ueshiba from 1926.

Tomiki was impressed by the techniques of Ueshiba's Aikido. Professor Tomiki earned 8th Dan and was the first person to receive this highest Dan from Master Ueshiba.

After he received this high grade he studied by himself and came to believe Aikido needed a free form, like judo, in order to develop more effective techniques.

During this period whilst studying and teaching Aikido, he developed the present 17 technique kata. This was the beginning of present day competition Aikido (Aikido shiai) which is known as Tomiki/Sports Aikido.

THE MEANING OF AIKIDO - (THE WAY OF PEACE )

Aikido has a lot of deep and often spiritual meanings, but it is also excellent for those seeking just the week in week out practice of a sport, self-defense and to gain general fitness.

This simple meaning will do.

Ai ~ Harmony in mind and body

Aikido is different from other martial arts in its style of practice and philosophy. It is a purely self-defense martial art.

All the techniques and forms practised take their cue from an unprovoked attack. The goal of an aikidoka is to first look after him/herself without causing harm or undue injury to the attacker. It is a martial arts form directed towards the co-ordination of your mind and body rhythms/movement with the movement of your uke (attacker). Aikido techniques when applied properly by a skilled aikidoka are powerful and can cause injury, which is why techniques are practised in the spirit of co-operation.

You pick a fight with a stranger and defeat him for no apparent reason.

All martial arts should frown on and discourage this sort of behaviour!

A stranger attacks you in the street. The attacker is defeated, humiliated and ultimately destroyed. Some martial arts / self-defense classes will teach: If you are attacked then you have a right to defend yourself.  The question is, at what point do you stop being the defender and become the aggressor?

A stranger attacks you in the street. The attacker is defeated, but left with his/her dignity dented but mostly intact and you leave the scene unharmed and with a clear conscience having being only a defender. 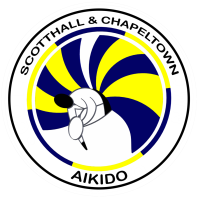 The Scott Hall Dojo was established with the opening of the first Aikido sports club at Scott Hall Sports Centre, Leeds in 1984 by legendary Aikidoka, Sensei Bob Jones.

With Sensei Jones busy helping to build other Leeds Central Aikido sports clubs and the British Aikido Association, he was succeeded by Sensei Russell Williams. He continued to build the foundations for the Scotthall & Chapeltown Aikido Club. In 1992, he passed the baton to one of his students, Roshi Leo Smalle. Roshi Smalle has been our guiding light for the past 27 years.

The club has produced regional, national, european and world champions (mens & women's) at junior and senior levels of competition.

According to Sensei Mark Aldridge - 5th Dan, there was is a technique called the "Scotthall Gedan", which gained a reputation because of its effectiveness in Randori bouts.

As "Roshi" Smalle often taught, "There is no Aikido, unless it's effective Aikido. It's not a dance, it's a Martial Art."